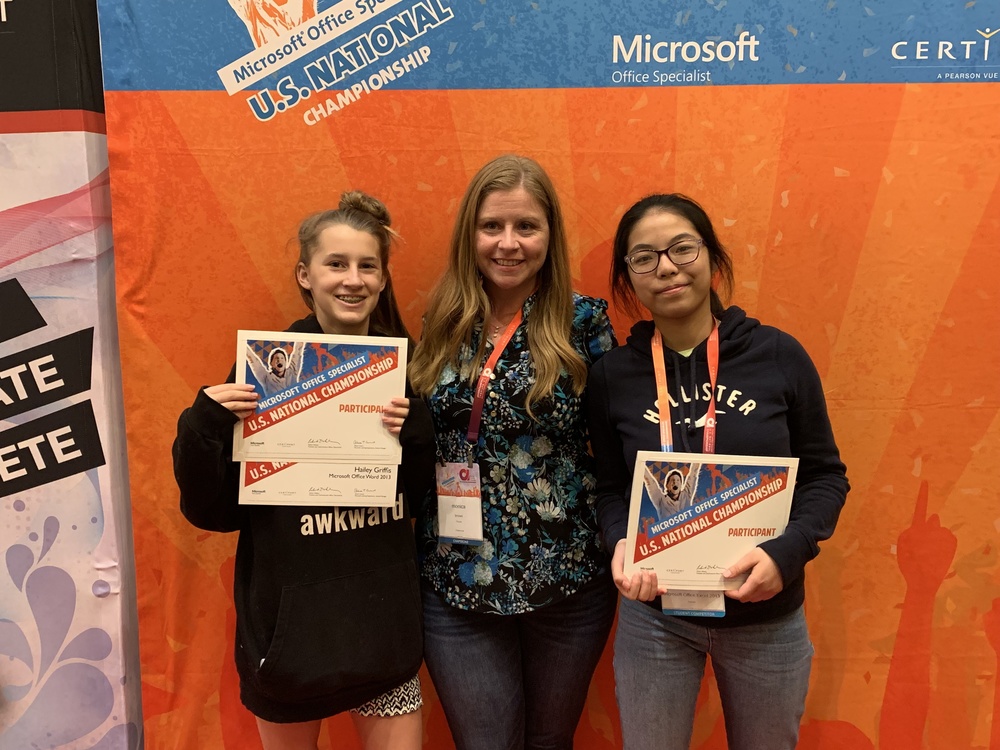 Two Trenton Middle School students represented Florida in the Microsoft Office Specialist (MOS) National Championship in Orlando on June 18, 2019.   Trenton Middle School students Vicki Lin and Hailey Griffis won the right to represent Florida by earning a perfect score, with the fastest time, in their respective MOS certifications, Microsoft Excel (2013) and Microsoft Word (2013).  The U.S. Championship included 146 participants, ages 13 to 22, from 41 states.  These 146 competitors were selected from over 780,000 certification exams taken nationwide.   Lin and Griffis competed well in their “real life” exams.  Both were recognized as being state champions in the MOS National Championship awards ceremony.  Monica Brown, business instructor for Trenton Middle School stated, “This is a tremendous honor to have two students from Gilchrist County selected to compete with the nation’s brightest business students.  Vicki and Hailey competed very well, despite being among the youngest competitors at Nationals.  We are very proud of them.”  This success is the result of the Gilchrist County School District’s commitment to IT business education.  Congratulations to Vicki Lin and Hailey Griffis for representing Florida so well.