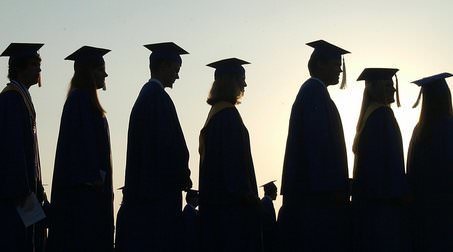 According to the Florida Department of Education, “Florida’s high school graduation rate increased by 3.8 percentage points over the last year and has increased significantly during the past fourteen years.”

Graduation rates are released annually in December for the prior year’s cohort.  It is calculated based on a four-year cohort of students and represents the percentage who graduate with a standard diploma, excluding GED’s and special diplomas.

“I am proud of the work we accomplish every year in regards to graduation rate,” stated Superintendent Rob Rankin.  “It is not an easy task to keep everyone on track to graduate on time.”  He went on to state that the graduation rate changes from year to year.  “Our district rate has historically been above the state average.”

The Gilchrist County School District remains committed to our goal that ALL of our students graduate high school.