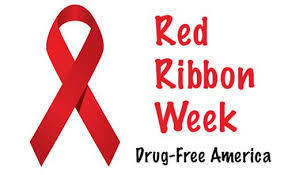 What is Red Ribbon Week?

How did Red Ribbon Week start?

Red Ribbon Week started after the death of Drug Enforcement Administration Special Agent Enrique “Kiki” Camarena, who in 1985 was brutally murdered by drug traffickers he was investigating in Mexico. After his death, people wanted to honor his sacrifice. Local celebrations began in California – where Camarena grew up – in 1985, and in 1988 the National Family Partnership started the first National Red Ribbon Week.

Why the red ribbons?

As a tribute to Camarena during the initial local celebrations, high school friend Henry Lozano and Congressman Duncan Hunter, created “Camarena Clubs” and the wearing of a red ribbon to show their oppositions to drugs.

When is Red Ribbon Week celebrated?

Red Ribbon Week is celebrated October 23-31 of every year.

Thursday, 10/29:  Sock it to Drugs/Bullying/Violence- Wear Your Wacky Socks!

Friday, 10/30: Team up Against Drugs/Bullying/Violence- Wear Your Favorite Team Jersey!